A new test could predict which women have an aggressive form of breast cancer in the milk ducts (DCIS) and spare other women from unnecessary radiotherapy, according to research published in the British Journal of Cancer [1]. 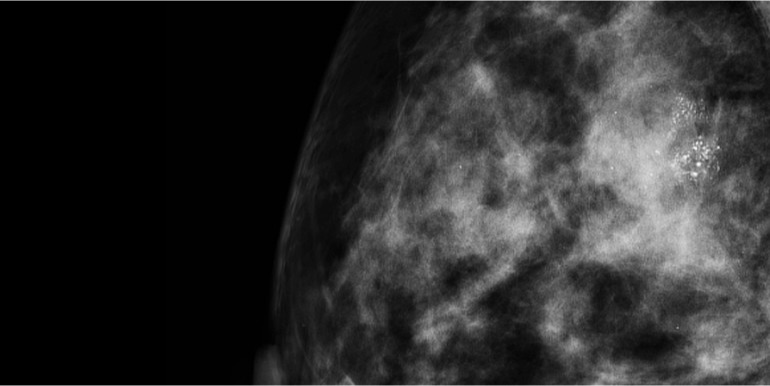 The test looks at and compares the unique features of DCIS cancer cells. By comparing these, the researchers – part funded by Cancer Research UK – discovered common traits in cells from the most aggressive form of the disease.

Women whose cells showed these characteristics were 40 per cent more likely to have a cancer that came back than the rest of the women in the study.

The researchers believe this test could be used to predict which women will need radiotherapy after surgery to prevent their cancer coming back, and which women will be unlikely to have a cancer recurrence.

Study author Professor Sarah Pinder, based at King’s College London, said: “Screening is incredibly effective at identifying DCIS but we don’t have a reliable system to identify which cancers are likely to be aggressive and need further treatment.

DCIS accounts for around 20 per cent of breast cancers picked up by mammography. But DCIS is a highly variable disease - differing in how it looks on a mammogram, under a microscope and how it will develop.

For some patients DCIS will transform quickly, over a few years, into aggressive breast cancer but for others their DCIS will not cause further problems. But the features that differentiate between the two types have previously been unclear.

Treatment for DCIS now involves surgery to remove the DCIS and some of the surrounding area. This may be followed by radiotherapy to reduce the risk of developing an invasive cancer in the future. But there is no accurate test to determine which women would benefit most from this.

The new test was designed by comparing the features of over 1,200 DCIS samples from different women, by looking at characteristics such as cell size, shape and growth pattern. While this research confirms features that have previously been linked to increased risk of the disease returning, it more accurately identifies those with aggressive forms of the disease.

Dr Lesley Walker, director of cancer information at Cancer Research UK, said: “Since screening was introduced, a large number of DCIS have been diagnosed. Improvements in imaging and new diagnostic tests such as this will help determine which women need further treatment such as radiotherapy.

“Each year breast screening saves the lives of around 1,400 women and we’d encourage women go when invited.”